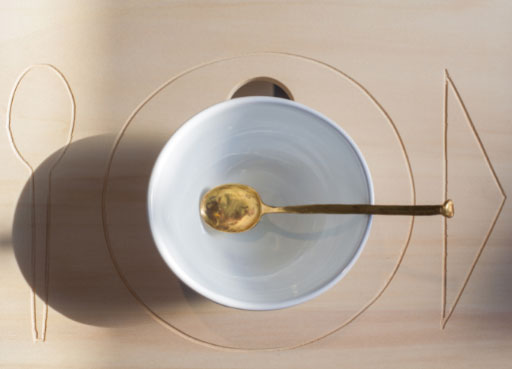 Measuring dry ounces without a scale is complicated. The density of the dry ingredient changes the weight. If you were measuring liquid items and needed to convert cups to ounces it is fairly easy to do.

6 Different Ways You Can Measure Dry Ounces Without a Scale

One thing you can do is learn to convert cup measurements into liquid ounces and liquid ounces into cup equivalents. The best thing to do is memorize these numbers like you memorize your multiplication tables.

The following is a starter table that will help you begin to make these conversions in your mind.

There are 8 ounces in a cup so you can easily change ounces to cups using the following method. Whenever you want to calculate the number of cups of a liquid-ingredients take the number of ounces you have and divide that amount by 8.

If you do not know the liquid ounces of the item you have you can reverse the process. Use a liquid ounce measuring cup to discover the amount you have in cups. Then you can use the following method to convert that into dry ounces

One cup = 8 wet ounces you can deduce that a cup full of the wet ingredient you are measuring is equivalent to about 8 ounces. This method of measurement will not give you precise ounce measurements but it will be close enough for the majority of things you are doing, especially for recipes and cooking.

If you are measuring dry ingredients then the conversion process is completely different and it gets really difficult to calculate the weight. It is easier to calculate the dry ingredient weights if you have some other dry ingredient, you can compare the density of the item with.
For instance: if the item you are weighing has about the same consistency as sugar, then you would be able to take a sugar conversion chart and calculate the approximate weight of the other item. Sand weighs similar to white granulated sugar.
Sugars

You can measure sugars for baking and recipes without having scales to weigh them on. What you have to remember is that common brown and white sugars weigh about the same but icing sugar, or powder sugar weighs far less. Superfine sugar also weighs less than brown and white.

There is a pretty easy conversion calculation that you can use when you have to know the weight of the sugar and do not have a scale handy.
1 rounded Tablespoon of granulated white sugar weighs 1 ounce
If you are using powder sugar or icing sugar then you need to double that amount to get the same weight. For powder sugar, you need 2 Tablespoons to get one ounce of weight.

If the item you are weighing has the consistency of flour, then you can convert the average weight measures of flour and make a pretty good guess at the weight of the item you have.

A full cup of flour weighs four and one quarter ounces. If you were measuring a liquid a full cup would weigh eight ounces but flour is not as heavy as a liquid so it does not weigh nearly as much.
A cup of barley flour only weighs three ounces.

The idea of pounds and ounces dates back to the early Roman days. A libra was a unit of mass in Rome and a Libra was about the same as 328.9 grams. The lb. we now use to demonstrate pound is gotten from the libra.
In the later middle-ages, a method of weighing goods had to be used. The idea of something that weighed about 16 ounces weighed a pound became popular at that time. It was then that measurement by balancing how much one thing weighed compared to something they knew or agreed weighed a pound became popular.

The earliest inventions for measuring dry ounces would still work today. In the middle ages, it was common for people to balance two plates on a central pole attached to a beam in the ceiling. If the two plates stayed the same level, then the items were considered to be equal in weight, but if one was heavier the plate it was on would be lower on the pole.
You can still make a weighing contraption built on that principal design. You can even balance a long object over a round object like you were making a child’s teeter-totter. The heaviest object will make the other end of the device raise in the air and if the items weigh the same, they will equal out.

Do you know how much does a half gram weighs on a scale?

The only true way to get an accurate measurement of a dry ounce or ingredient is for you to have something to compare the item to. The other thing must be something that has the weight written on the packaging.
Almost all packages have the weights of the products written on the side of the package. You need to place dry items that have a similar volume and density to the item that was in the container and then you can make an educated guess on the weight of the unknown object.

Measuring with your hands was the first method of measuring. If you had a handful of one thing then you could pick up a handful of another thing and compare the two items.
You can also use your hands to help you make a guess about a dry weight today.

If you have a package of seasoning that weighs ½ an ounce then you can pour the seasonings out of the container and see how it feels in your hand.

Then place an equal amount of the thing you want to weigh in your other hand.

Weighing a dry ounce without a scale is never going to be 100% accurate. If the precise weight is critical to know then you must locate a scale and get the weight made. There are no other alternatives other than guessing.